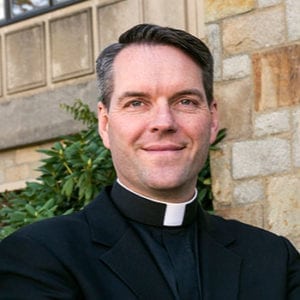 The welcome is not only a chance to meet the new president, but an opportunity to also to hear about his background and about his vision to further the momentum of academic growth occurring at Saint Mary’s.

Father Burns will assume presidency on July 9. He most recently served as the dean of the Woods College of Advancing Studies and Summer Session at Boston College, where he has demonstrated success in the areas of enrollment growth, philanthropy, online education, and international partnerships. His vision led to a 40 percent increase in revenue since 2017, with a near tripling of the net contribution the Woods College has made to Boston College since 2012. Under his leadership, Boston College’s once smallest school grew to become the fourth largest.

Father Burns will succeed Brother William Mann, FSC, who stepped down at the end of May after a decade of service.